In 2022 Raute’s Kajaani office celebrates the 30th anniversary of developing and manufacturing intelligent analyzers for the veneer, plywood, and LVL industry. Let’s dive into the history of our Kajaani office and find out how a small town in northern Finland has become one of the leading locations of smart analyzer systems.

The men behind it all

Every story has a beginning. This story begins on April Fool’s Day in 1992 when Markku Korhonen registered a company called Mecano Group Oy. Soon after this started the first commercial project to deliver a machine vision system for a company in the plywood industry located in southern Finland. This first project was implemented with the help of a few students and it took 3 years to finalize.

From the beginning of the company's history, networking was very important. Starting from the very first project, customer service and feedback from customers played an important role. Cooperation played a key role in product development. The R&D network operated mainly in Kajaani and Oulu, while the production of the analyzers was located in Kajaani.

Delivering visual analyzers for sorting veneer in both plywood and LVL industries created the foundation for Mecano's business. This solid foundation enabled the widening of the product repertoire to other production processes. In 1994 Markku Korhonen found out about the possibility to use machine vision for automatic veneer patching and got interested. To pursue this new opportunity, Markku hired Erkki Kauranen, who has been on board with Raute since then.

The first project to deliver a veneer patching analyzer to a customer was not an easy task, recalls Erkki Kauranen. “The delivery content of the project was very special. When the deal was made, we discovered that the customer had made an exclusive agreement for machine vision deliveries with our then number one competitor. This meant that the most interesting part for us, machine vision, was left out. Our delivery consisted of the patching head and its frame. We had very limited resources and I was the only designer. All in all, the battle lasted for approximately two years after which the project was approved.” 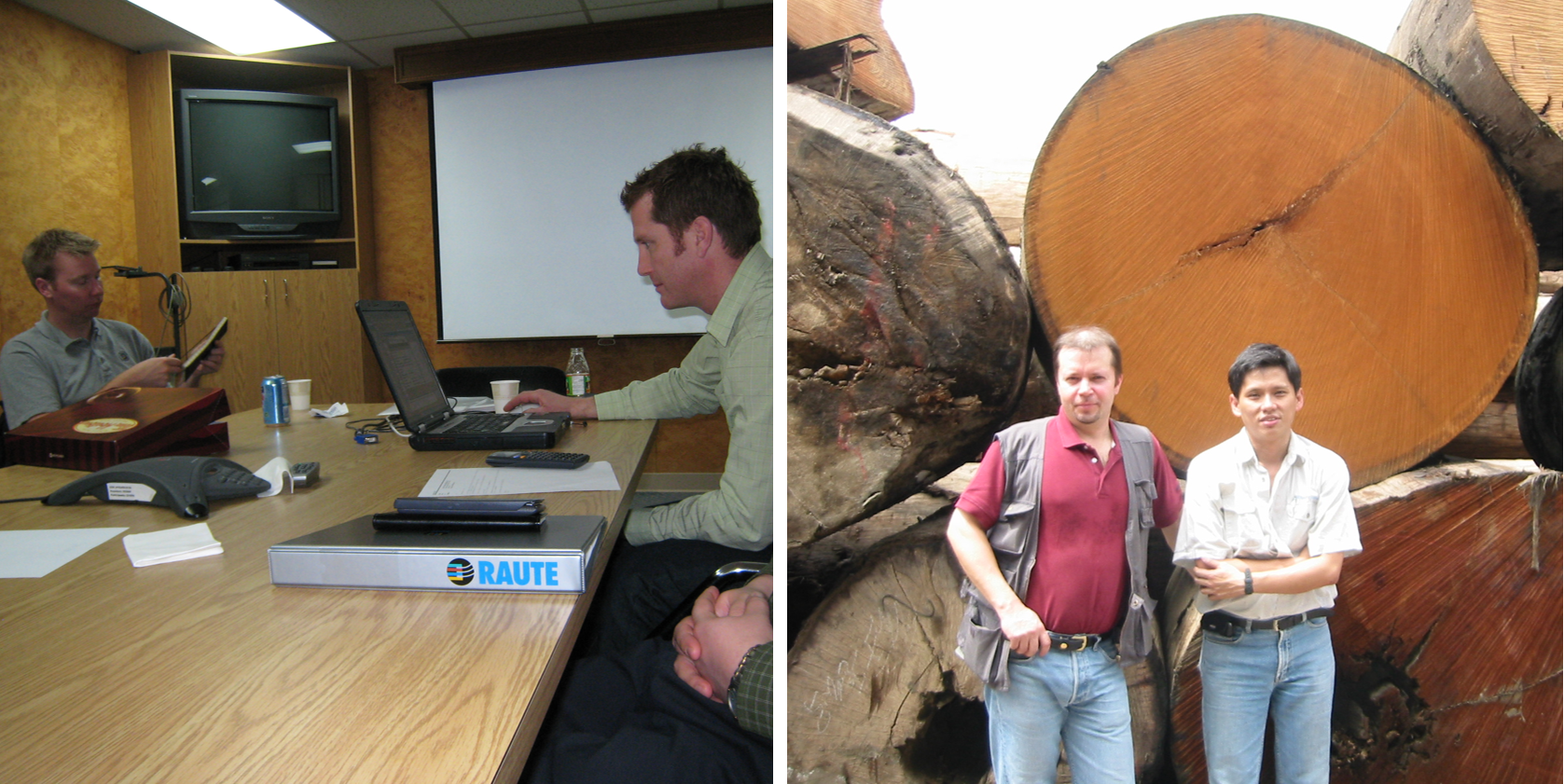 After the first few years and early projects in Finland, it was time to head abroad. Erkki tells about the years in the late 1990s. “In 1996 we made a contract to deliver a patching line to France. This was our first complete line delivery which became an important reference for us.”

After the first project abroad the journey continued to the United States for the next project deliveries. The interest in North America was growing and in 1999 it was decided that Erkki would move to Oregon, USA. Markku had already moved there six months prior. Erkki worked on the line start-ups of the existing projects and continued as a Field Service Engineer for machine vision systems which were getting more popular. 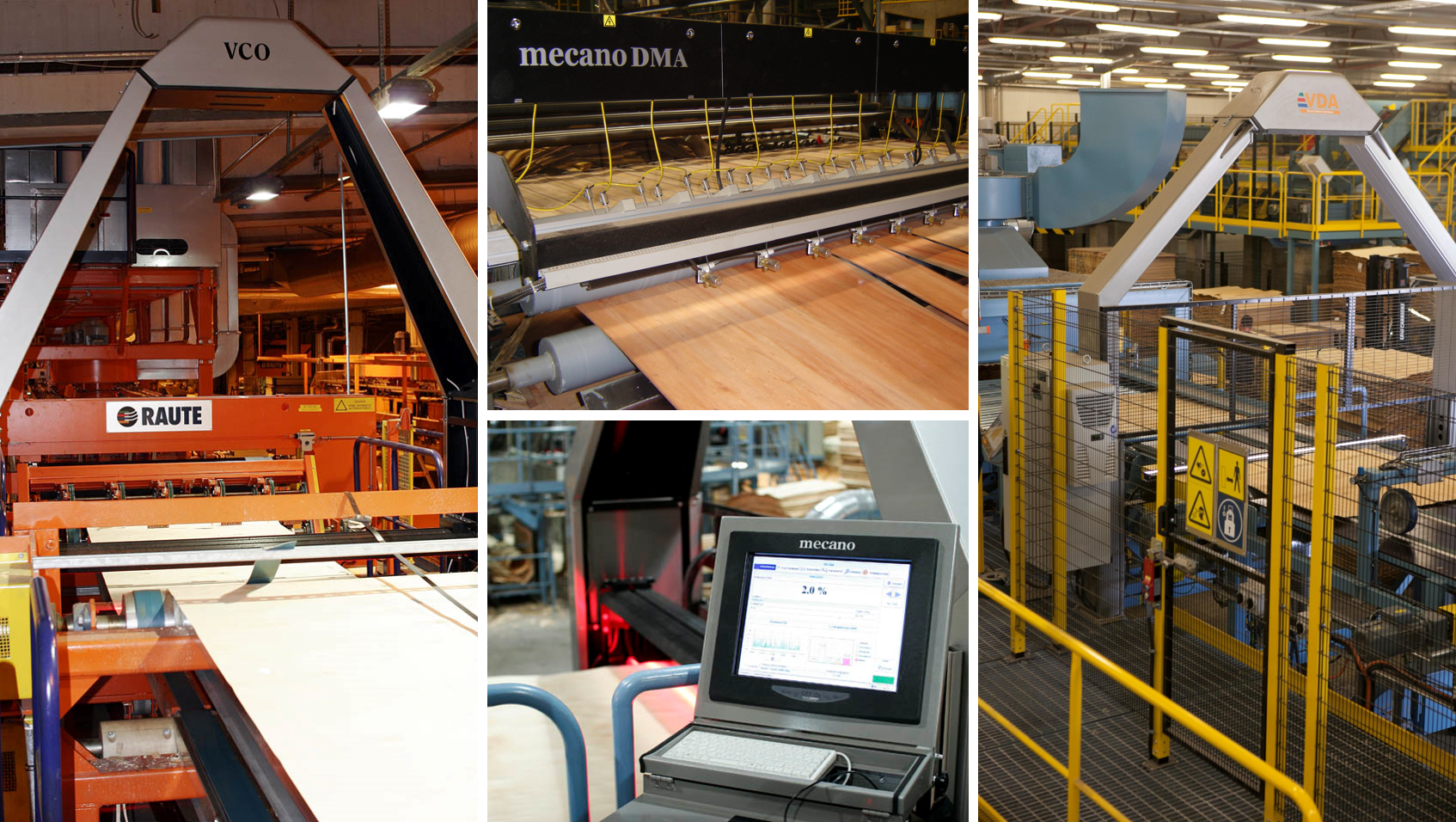 The paths of Raute and Mecano connected at an industry fair in Portland, Oregon. Markku had asked for a slot at Raute’s stand, where he could demonstrate Mecano products, see customers and discuss their needs. These two companies served the same clientele but delivery contracts between two companies were difficult. For this reason, Raute acquired 49,9 % of Mecano Group Oy in 1999.

The first real joint project to deliver a veneer patching line to a customer in the United States took place the same year. After the acquisition, cooperation between Raute and Mecano deepened. In 2000 Erkki moved back to Finland and Markku returned soon after him. The attention shifted from North America to Europe and Russia.

Becoming part of a bigger company enabled the Kajaani office to grow and add resources in the early 2000s. As years passed by, machine vision systems became better and better, and also the mechanics were improved, when Raute learned how to integrate Mecano analyzers into their machinery. In April 2005 Raute purchased the rest of the shares of Mecano Group Oyj which then became a wholly-owned subsidiary of Raute Corporation.

Evolution of the logo

In the late 2000s began the development of the second generation analyzer for automatic veneer patching. This improved analyzer had fewer moving parts and required less maintenance.

The 2010s marked the widening of the territory even further. In 2017 Raute acquired the lumber and veneer grading equipment manufacturer Metriguard Inc. located in Pullman, WA, USA. This marked the beginning of close cooperation between Raute’s Kajaani and Pullman offices. Metriguard products utilized for strength grading have then been integrated with Kajaani-based machine vision and moisture analyzers.

And what comes to the future, Erkki Kauranen has a clear image. “There is a new chapter about to begin around the world of panel repairing. There is a huge demand in North America. A whole new world and market have opened up with new panel repairing analyzers. Lately, there have been very strong movements back towards North America.” 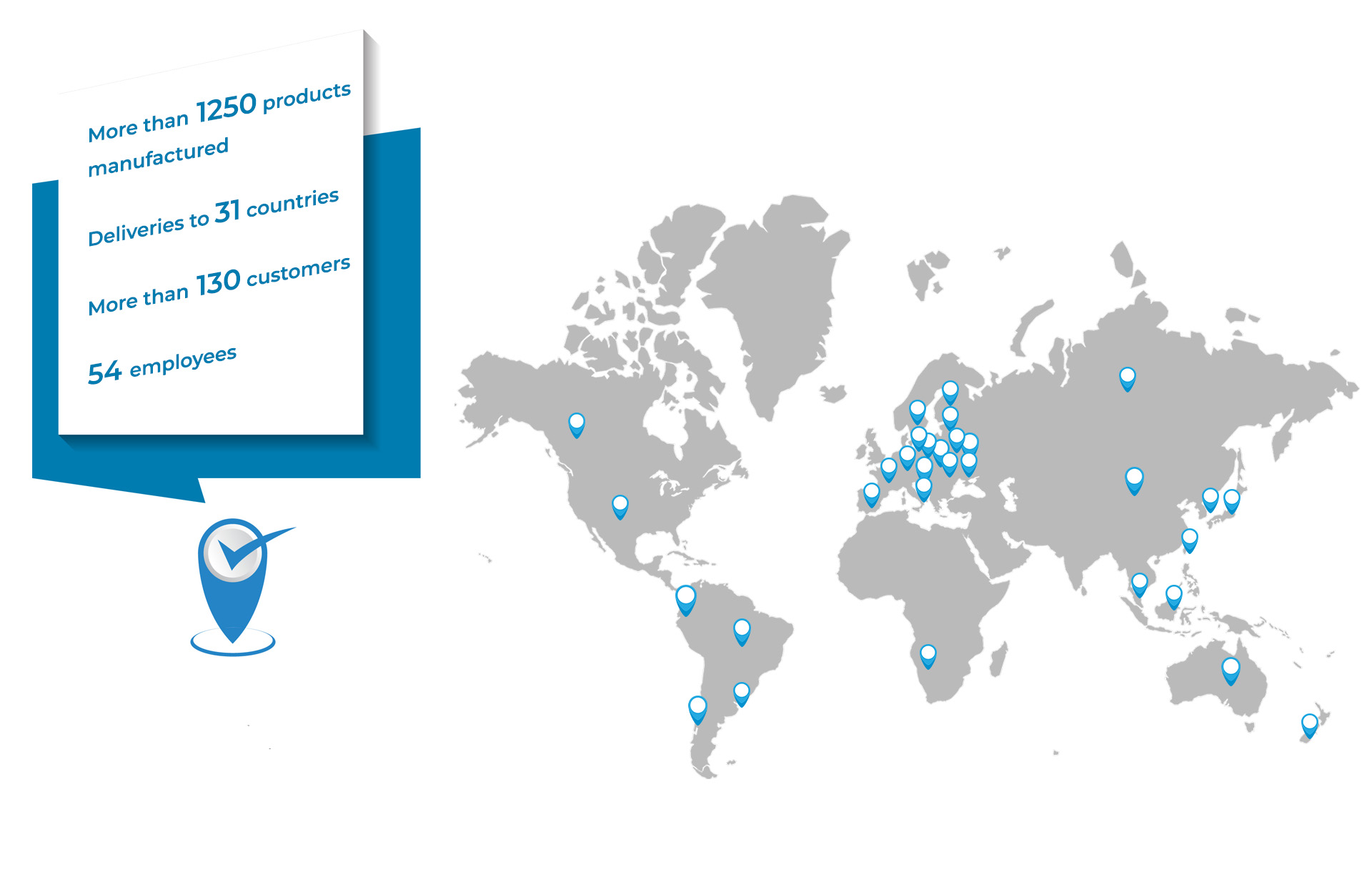 Working in this business has taken many of our experts around the world and back. Jyrki Pesonen, Raute’s Technology Manager for Mecano analyzer technologies, remembers a conversation with Markku years ago. “We had a talk with Markku about the business, that what if the Kajaani unit moved to Nastola so that it would be closer. Or again to North America, since there was a hope it would be the place where the bread comes from. But he had a quite strong regional identity for the Kainuu area. He quoted the provincial song Nälkämään laulu (Song of the Hunger Country) and said we will not go anywhere from here. Sure we travel but if we will not do the good stuff here, then who will.”

Although Markku himself has moved to new challenges after Raute acquired Mecano, the same spirit still lives in Raute’s Kajaani office. A sense of community and pride in what we do and what we have achieved together. Erkki describes the early Mecano spirit with only a few employees to be family-like, relaxing in the sauna after work and also spending free time together.

A lot has happened and changed in three decades but Jyrki sees the early Mecano spirit is not going away, it is only changing. “After all, it is true that when we are here at the end of the duckboards in the middle of the woods, it is easier for us to be a united team. The thing we work on builds into the Mecano or Raute Kajaani spirit. It is important to give everyone a space where they can be at their best. Respect for people must be cherished whether we were small or large. It allows the spirit to be born.”